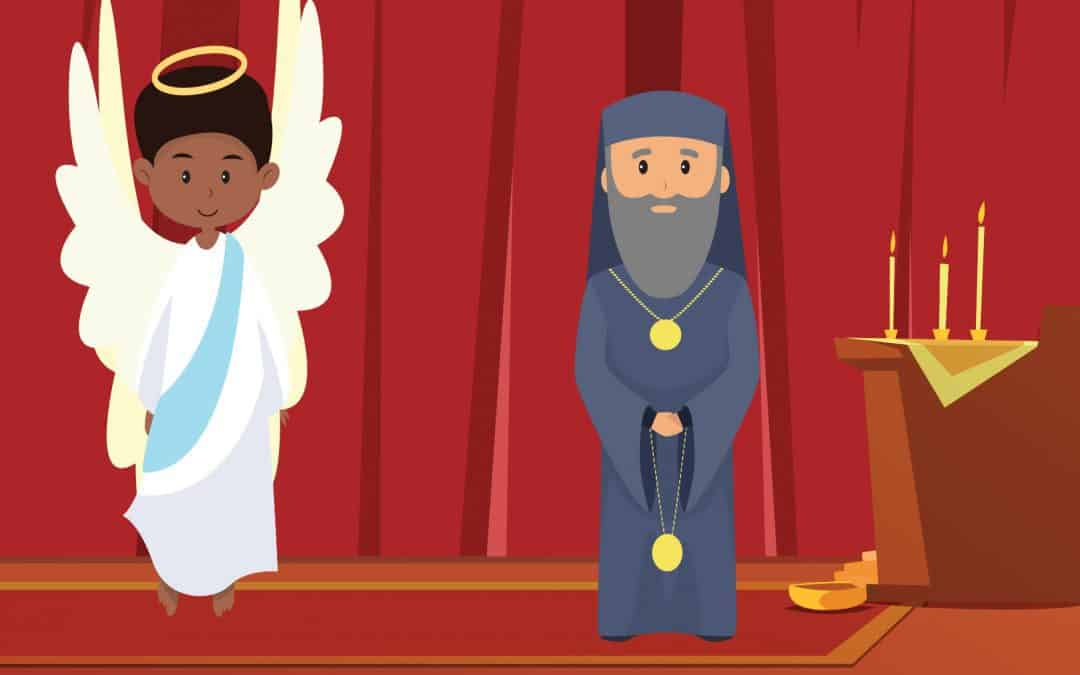 Mary had a cousin named Elizabeth. One day her husband, Zechariah, was in the temple.

An angel appeared to Him and said Elizabeth would have a son, and he should be called John.

Zechariah also thought this was impossible as they were too old.

But with God, nothing is impossible.

Look for the next picture